Here’s another great example where small numbers, and a little bit of elbow grease, can get you great results. It comes from my sister, Jenny, who is a member of a local Business Networking International (BNI) group. She convinced her BNI group to use our very popular and successful shredded money mailer.

First, big kudos to Jenny for convincing a group of 25 peers to try something complete different and completely foreign to most of them. I’m sure it wasn’t an easy sell when she presented it. Getting consensus on anything can be tough, let alone something as unique as this. But to her credit so was able to convince the leaders of her BNI group to give it a try, and I know from speaking with Jenny they were extremely happy with their results.

The group wanted to do a big membership push and turned to their own active members for help. Each existing member picked 10-12 key business owners they PERSONALLY knew to send the letter and shredded money. They were hand addressed and each was affixed with a real, live stamp. Their goal was to get six new members. Again, relatively small numbers, but there are incentives given by the “home office” to reach certain membership levels, and the six new members represented the number they needed to reach their next benchmark. I encourage you to see a sample of the letter here, now.

Here are the results:

Not only did they meet their goal, they nearly doubled it! In fact, here’s an email Jenny shared with me from a prospect who couldn’t attend that specific meeting (image what responders and buyers thought of receiving the mailing):

Thanks for thinking of regarding the BNI Group. I participated in a BNI Group when I lived in Idaho. I found it worthwhile. White I won’t be able to participate this month; I do appreciate your invitation. It’s an impactful direct mail piece, quite an attention getter. My compliments to you and your fellow BNI members.
Meilee Anderson
www.SeattleSouthSide.com

So how can you apply this approach to your business? I’ve talked about it at length in the past, but handpicking your top 10/50/100/500 perfect prospects and personally sending them a letter with a direct offer is a great way to start. Chet Holmes called it his “Dream 100” campaign in his book, “The Ultimate Sales Machine,” though the number is almost irrelevant. The number is totally up to you as to how many you define a “Dream” prospects. This is essentially what Jenny’s BNI group did. 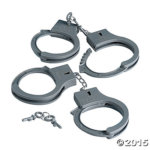 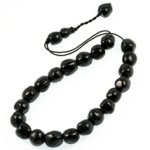